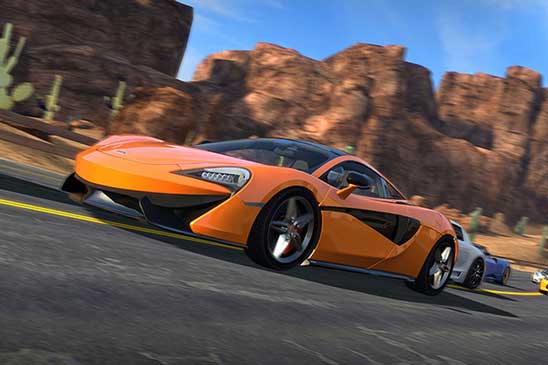 I would recommend you to sample out each game before coming to a decision. Even better, keep all the racing games installed on your device. I mean, variety is the spice of life, right!. So, without further ado, let’s start the engines — 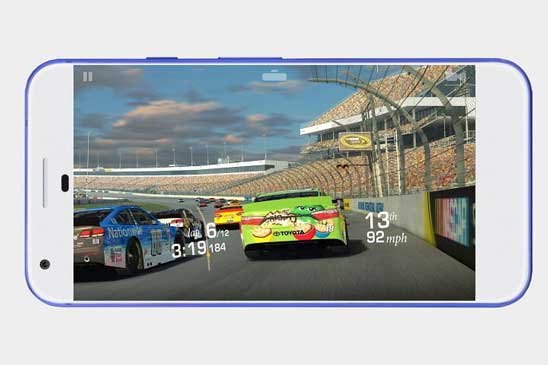 If you want to burn some rubber in a wide range of meticulously re-created cars on an impressive lineup of real tracks from around the globe, then this is the game for you. With countless events to enter, cross-platform multiplayer, and lots of customization options, this is one of the best racing games around.

Real Racing 3 is the third installment in the Real Racing franchise by EA games. The Android game is one of the most realistic simulator game out there. The stunning graphics along with texture, and shadows detailing really bring out the “real” aspect of this Android racing game.

However, there is little catch with Real Racing 3. Unlike the previous installments where EA kept a one-time purchase model, the game has this freemium strategy. Upon earning in-game money and fame points, you will have to wait hours, to add new upgrades or buy new cars. And the sad part is you cannot race with the specific vehicle until the maintenance task is completed. It’s good for keeping you from playing too much, but that’s the opposite of what we want, right? 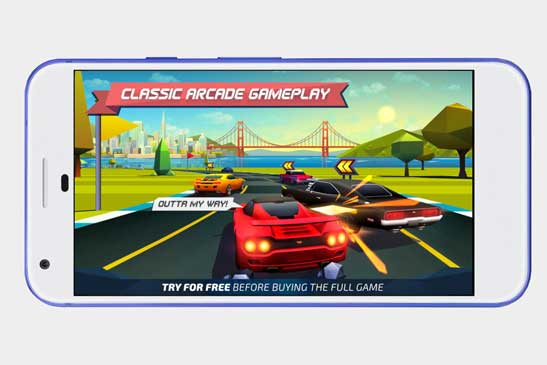 Photorealism is great, but it’s much more important when developers focus on building a game that’s actually fun. That’s what the creators of Horizon Chase have done. The game may not look like you’re really there, but as you race through the vibrant and colorful levels, you won’t really care.

Horizen Chase World Tour race you down into the memory lane. Inspired from the 80’s and 90’s games like Out Run, Lotus Turbo Challenge, Top Gear (SNES), Rush; the game recreates the atmosphere you encountered as a child. The app developer really seemed to have pushed the boundary for bringing the perfect 2-D car racing game.

The best part about the game is the overall experience. Apart from the stunning 16-bit graphics, the Barry Leitch music really makes it feel like you are playing those old-school games. The free version only lets you play the San Francisco tracks, however you can make in-app purchases for unlocking more maps.

If octane boosters and hypercars come to your mind when you think of Arcade-style racing, then Asphalt 9 Legend will literally blow you away. The car racing game is gradually becoming the best Android game ever. All the stunning visuals, the HDR effects, detailing at every corner, this Gameloft game is seriously a legend among the gamers.

Winning races in Asphalt 9 reward you blueprints of new cars and unlocks additional content like Multiplayer mode, exclusive events, and clubs. You can race against up to 7 rival players in the online multiplayer mode. There is so much content in the game; I think you won’t feel bored, even for one second.